"If you follow your heart and mind, stick to the values where you were brought up to, and you can never go wrong" My principle in life since i was growing up..

Of what is happening today, what is the hope of our future? what kind of generation are we looking forward to up bring? Hope of the future, is it black or bleak?
Where are our values, our race, our culture? Are the children still know their identity? of where they are coming from? of their dignity and of their pride, where are they getting their characters? their attributes and their dreams? Needless to say, but  I too don't know the answer, looking at my nephews, i don't know what this future world would bring them. I don't know what they would be like when they will be an adult like I am now.

That belief wouldn't be changed if I did not listen and join a church that cares about the next generation so much that they would not let each day pass without spending it on planning on what they could contribute to the " NOW" generation to become a "game changer" of our present world. They spend their time, money and effort in influencing us to do something to offer a BETTER world for our kids. Not only that, they also prayed and still praying for visions and guidance to put all the plans into action.

I could not stop my tears from falling as the kids entered into our Lapu Lapu Fair. It is our center where we gather for our church activities - It was turned into a diorama like museum for the children to see and experience how we lived as Filipinos during the time of Lapu-Lapu. Seeing their smile, their joy, their amazed faces as they try to play music using our owned native instruments,  they also learned how to write the baybayin, they were also taught "Arnis" for self defense  and they also made puso. The second floor of the center was turned into a Banwa. It is the place where Lapu-Lapu lived together with his wife and his warriors and maids. They were told a story of how Filipinos lived before. 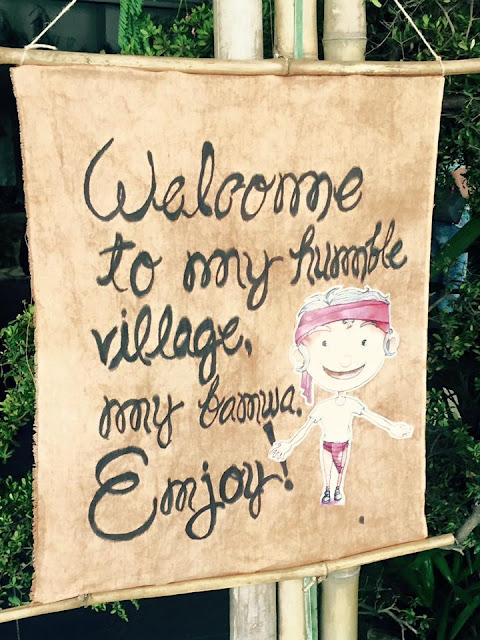 the entrance of the museum 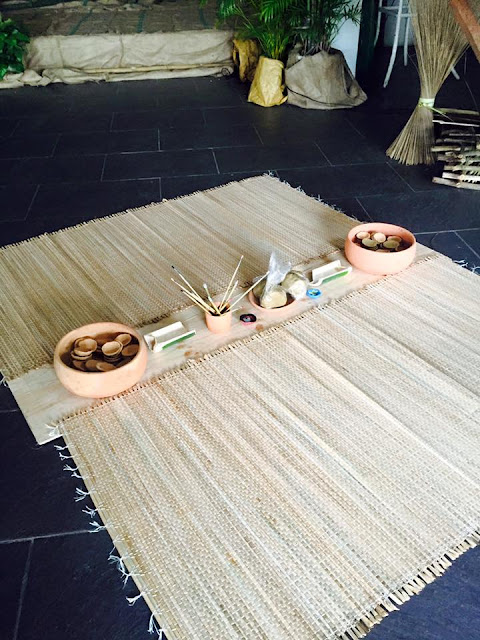 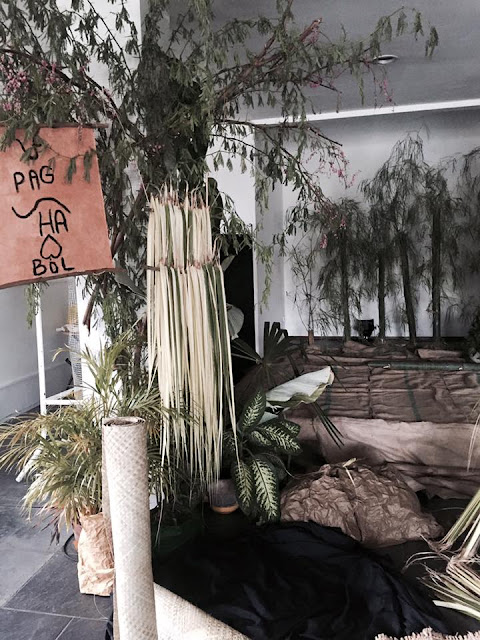 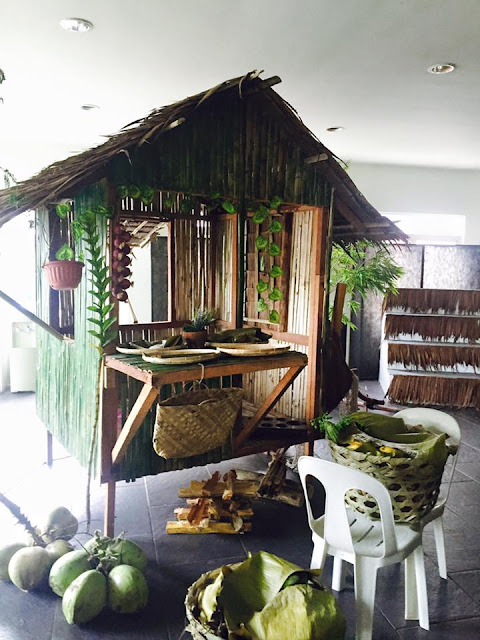 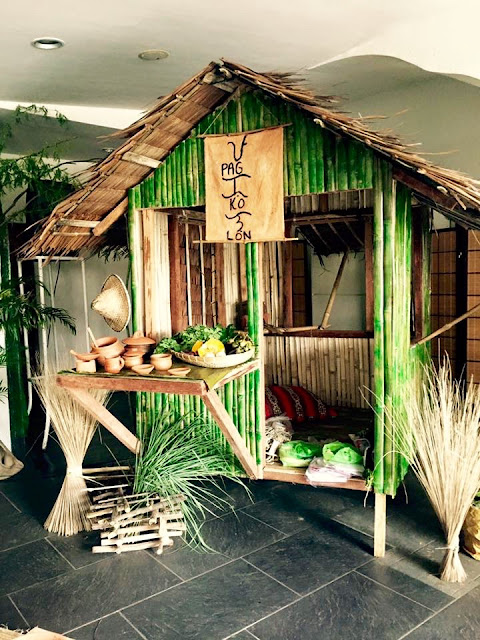 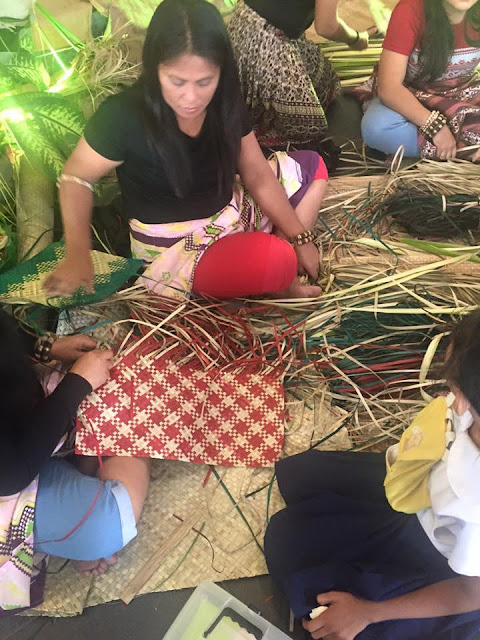 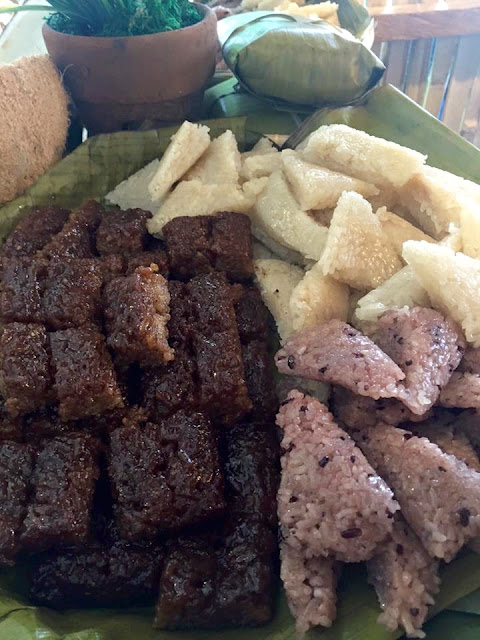 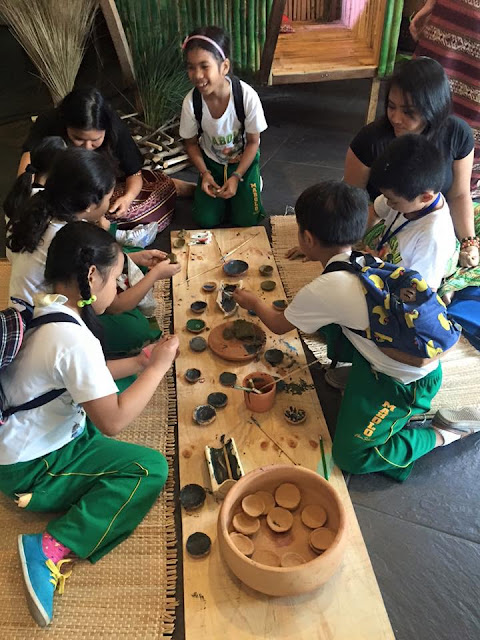 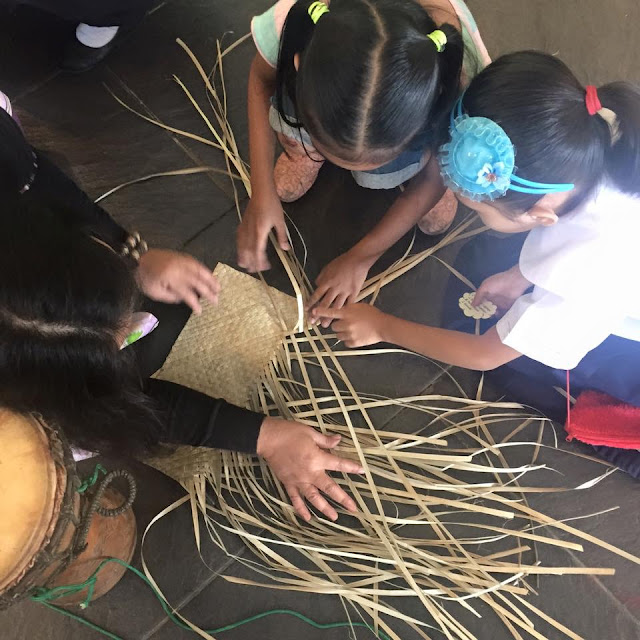 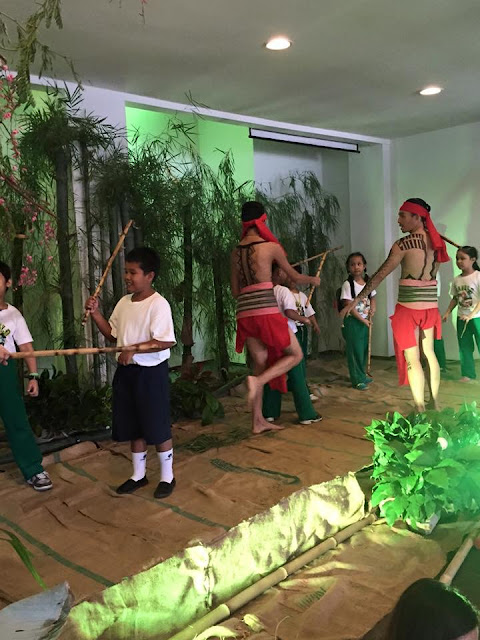 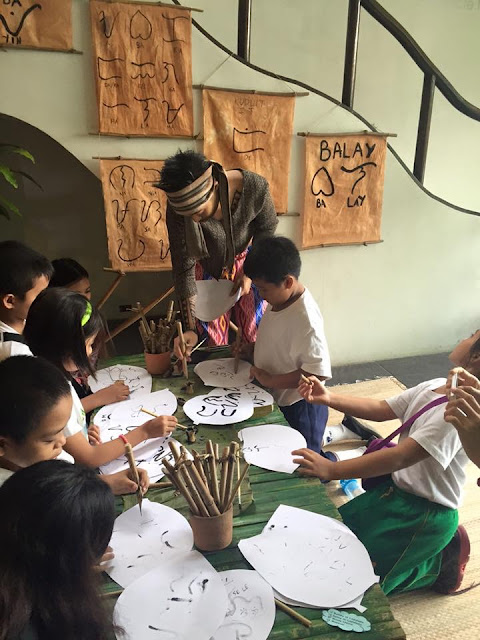 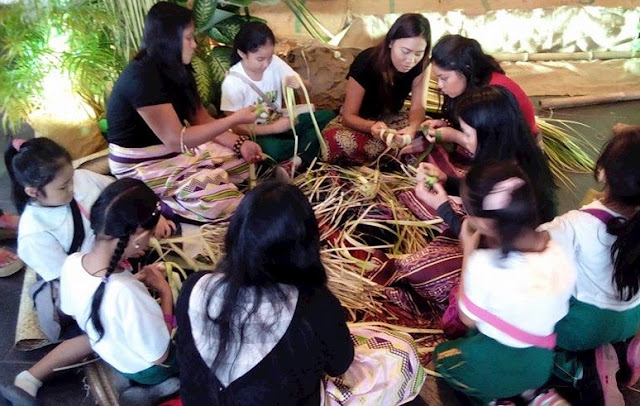 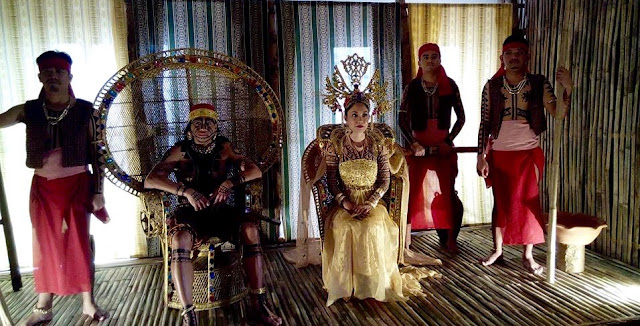 Lapu-Lapu together with his wife and warriors

There was also the kids museum where it displays the boat of Lapu-Lapu's time. A movie to show them the battle of Lapu-Lapu and Magellan. 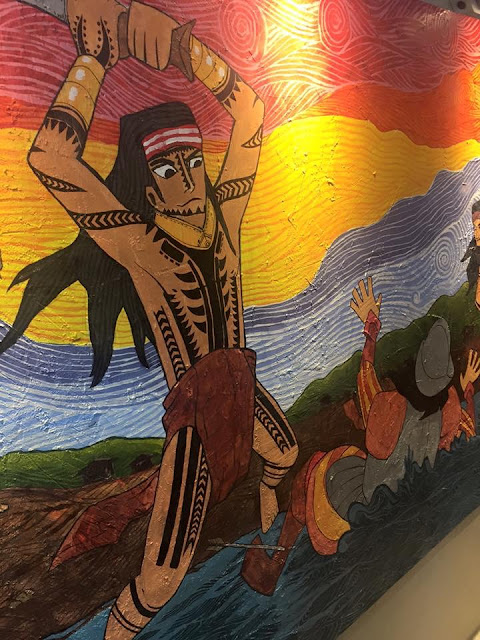 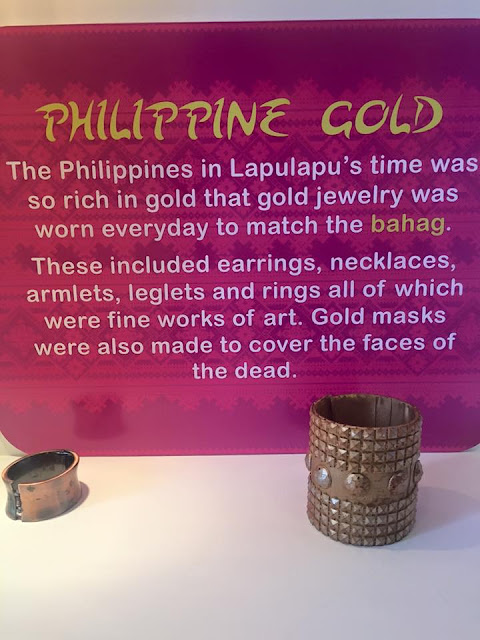 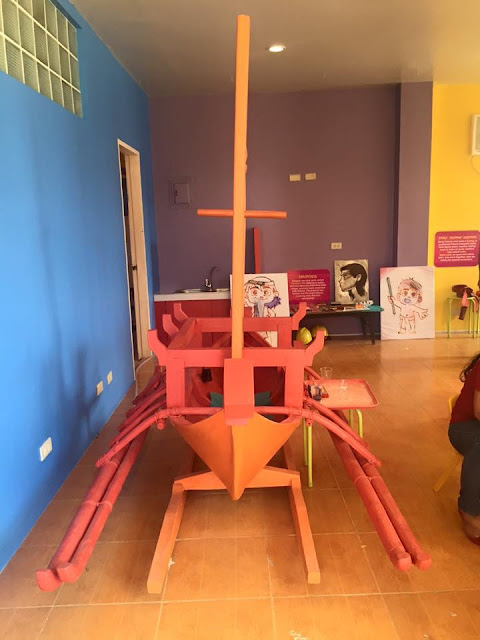 Having able to experience the past myself was a rediscovering of who we are as a Filipino. of how rich we were, how civilized we were. We had our own alphabet, our own business, our own culture and our own food.
We were warriors, we were not just slaves to any other countries. We were a race, still and will always be. We just have to look back and remind ourselves of who we were, for our little children's eyes to see that they will be someone they want to be. That they deserve to dream BIG and live BIG because they have their owned culture, their owned DNA, and their pride as FILIPINOS. 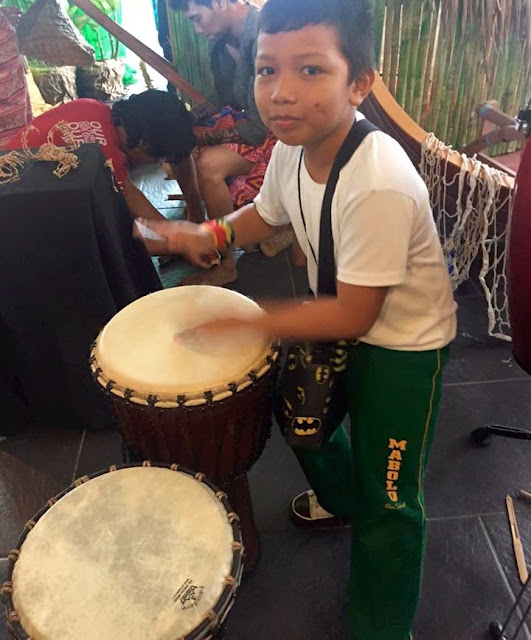 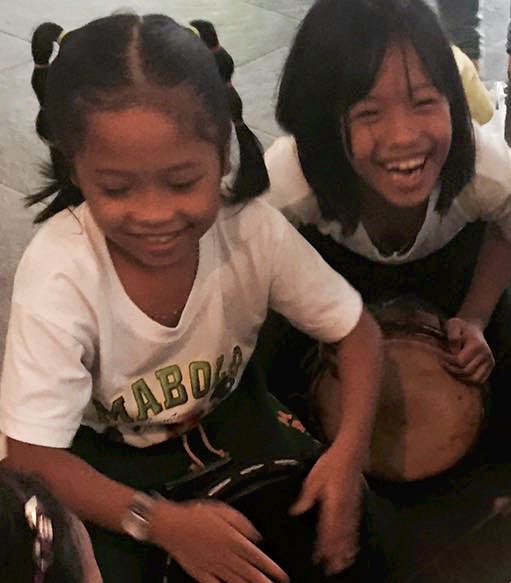 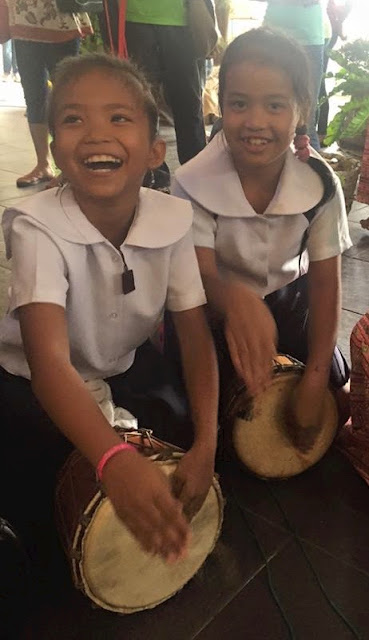 “Before I formed you in the womb I knew you, and before you were born I consecrated you; I appointed you a prophet to the nations.” Jeremiah 1:5.
Email Post
Labels: Events