MANILA, Philippines— LionHearTV.net brings back #RAWRAwards2018 on
November 14, Wednesday, 6pm at Le Rêve Pool Party Venue and Events Place.
The annual award-giving body is backed up by the Filipino blogging community, particularly
the entertainment blogs spearheaded by the aforementioned site. 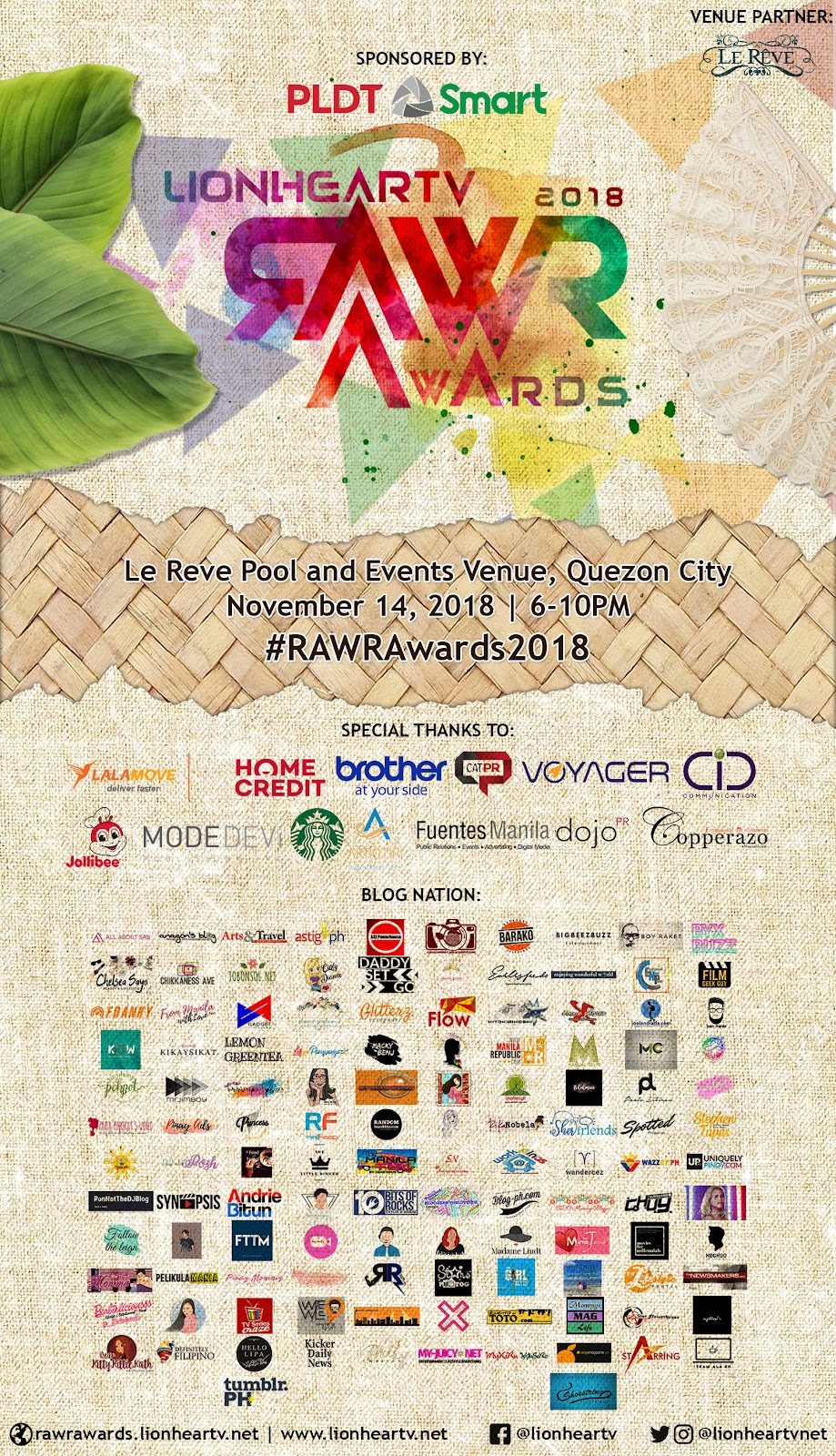 A total of 25 awards are at stake in this year’s RAWR Awards. Dubbed as a spectacle of entertainment celebrities;
apart from a 250-strong support from the new media practitioners (bloggers) across the country,
PR groups are all in support as well as the respective fans of the listed nominees.

The awards are grouped under three major categories—Lion, Cub and Pride.

The award clearly indicates being active or maybe the brightest child star the public has come to endear with.
The recipient of the award has this innocence that can be described as ‘breath of fresh air;
he or she has shown dedication at work despite his or her young age. 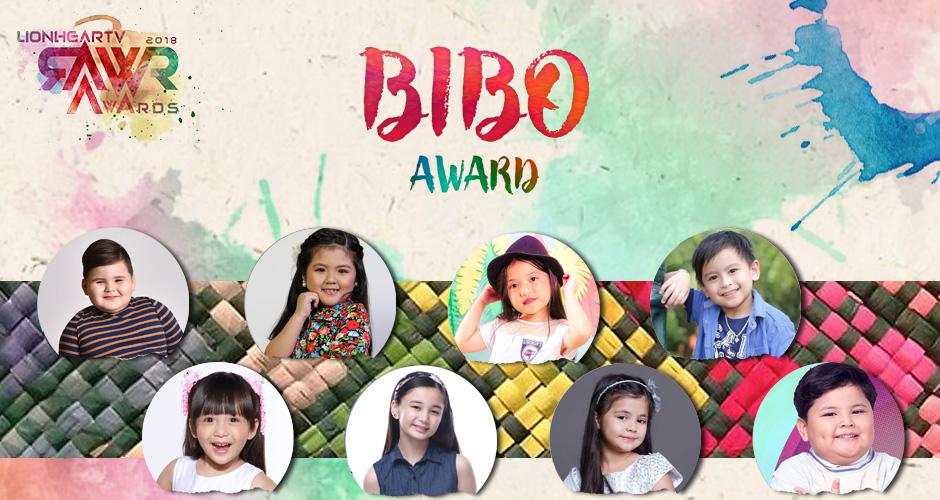 Favorite Bid
Bida means the lead—it can refer to either the star on a television show or in a film. The Favorite Bida is someone who gave a remarkable performance. Though being a protagonist back then are the victims
and who allow the antagonist to just abuse him or her; today, the Bida knows how to fight and still earn the sympathy of the audience. 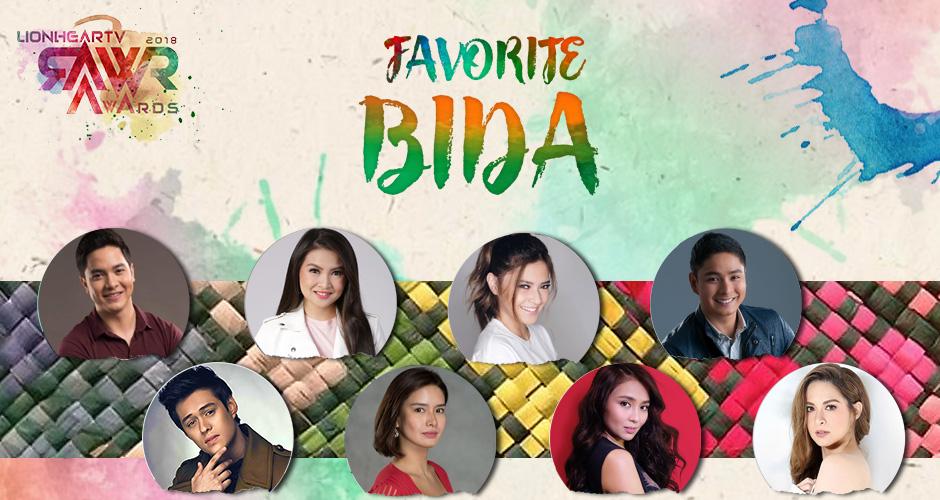 Any Bida will not be as effective and convincing if his or her kontrabida fails to deliver.
The said award is given to the antagonist who made the audience hate them because
of the guts and he or she can steal the spotlight from the lead if given the chance.
With many bankable artists turn into the villains they are now, one can only be hailed as the Ultimate Kontrabida. 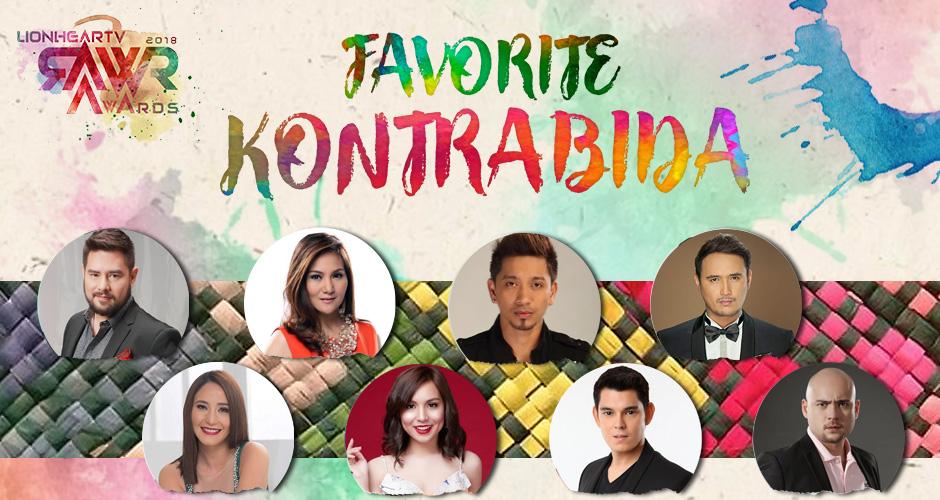 In any story, he or she is the sidekick, the supporter who cheers for the Bida.
Oftentimes, he or she is overlooked and taken for granted, but because of his or her contribution to tell
and complete a story—he or she gives the lead a special support system and because of that—
he or she deserves that recognition, too. 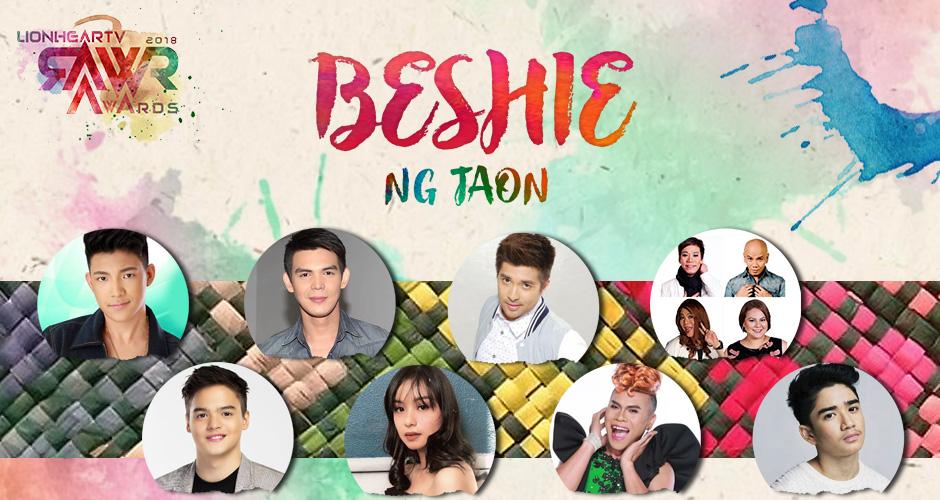 Stars are born, but not all are able to have that longevity in the industry.
Seldom for those who shunned away from the limelight are given another chance to shine;
there are a few or one who is able to reclaim his or her status as a celebrity.
The said star may have been missed truly by his or her fans or the public as a whole and
still able to score a smashing comeback. 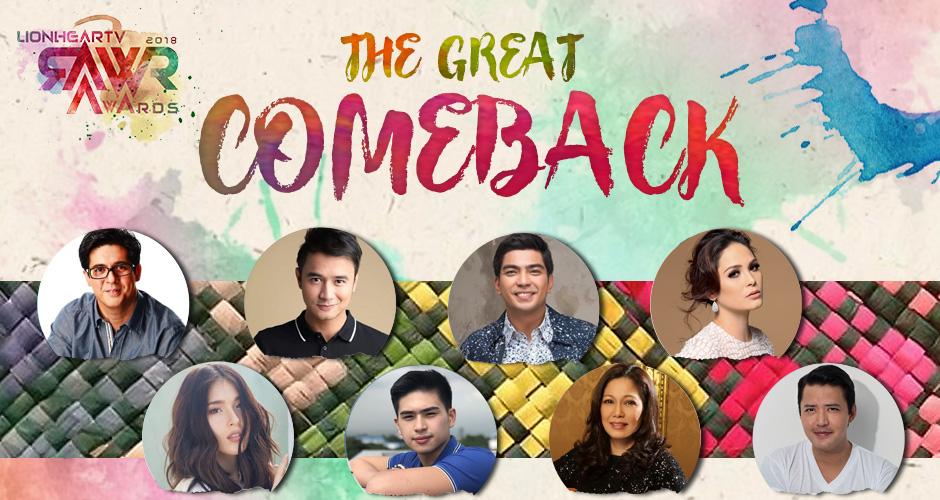 From September 2017 to September this year, movies have created abuzz not just because of its
topnotch performance, its storytelling but it has somehow caught the attention
both the moviegoers and the critics. Every year, the local and international film industry offer materials
that created such a stir and even break box-office records as well. 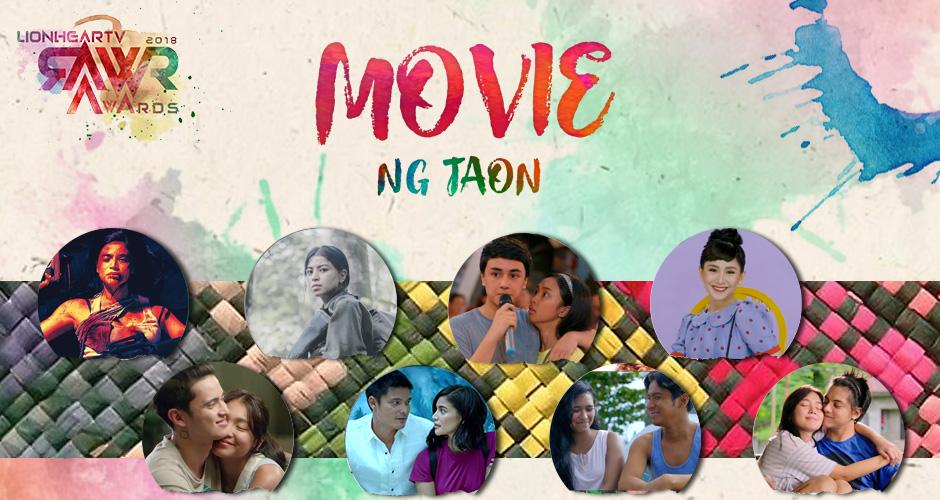 Nominees are The Hows of Us, Miss Granny, Sid & Aya, Liway, Signal Rock, Buy Bust,
Never Not Love You, and Loving in Tandem.

Each year, the quality of our TV shows or series have become more competitive, innovative and impressive.
Plots get deeper or crazier and the artists become better. Truly, these shows are testaments
of how great Filipino artistry is. 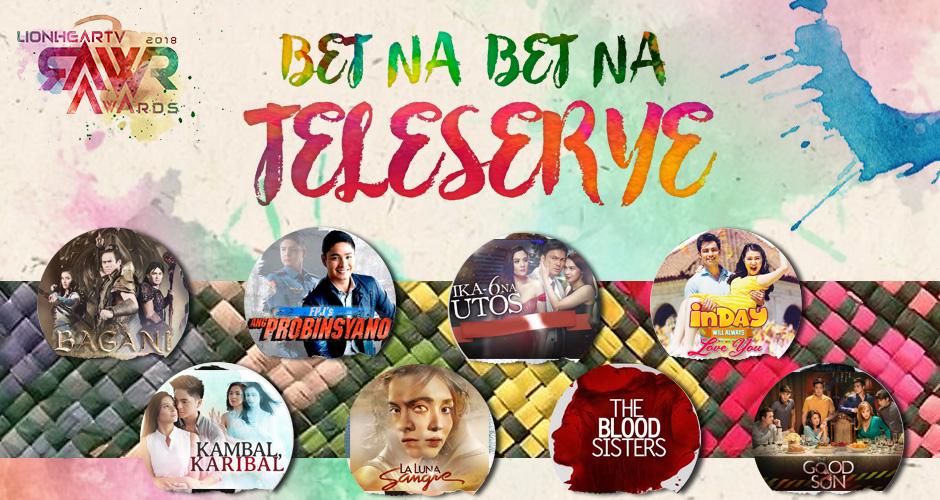 Songs reflect the heart and the soul of an artist and it affect the listeners.
This is a song that made the public define a particular emotion—it can be joy, sorrow or pain.
That song is something that most people have that LSS or last song syndrome or
can be an anthem for the whole year round. 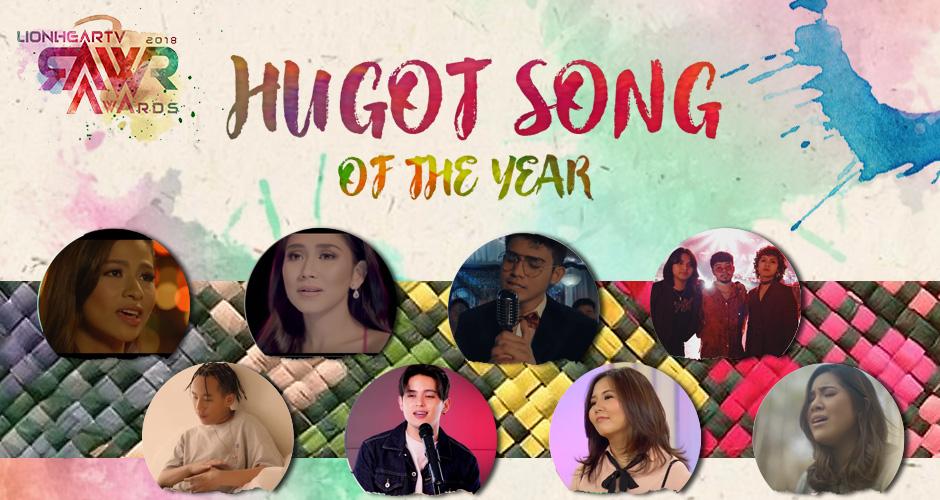 Most people say that doing drama or action or engaging in a sexy act is difficult to attain, however,
making people laugh is even a hard task. Laughter is one of the best medicines there is and someone
has to have that timing and the knack of throwing the right jokes and still enjoy the humor. 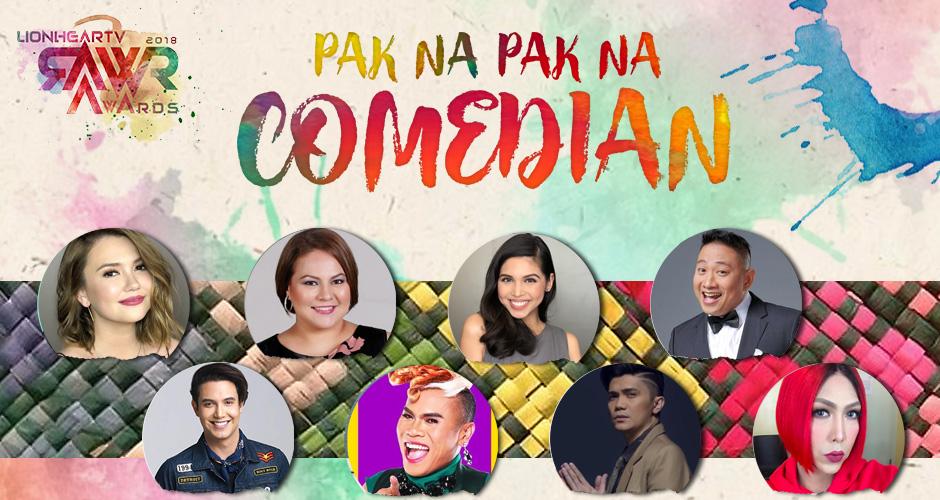 Spotlighting the freshest face[s] or maybe those who just ventured into the entertainment circuit is
one of the most exciting parts in this award-body. He or she has impressed the public or the eyes of scrutinizing critics.
Though new, the star has made a good mark and was given that stamp of approval
and predicted to have a promising future in the industry. 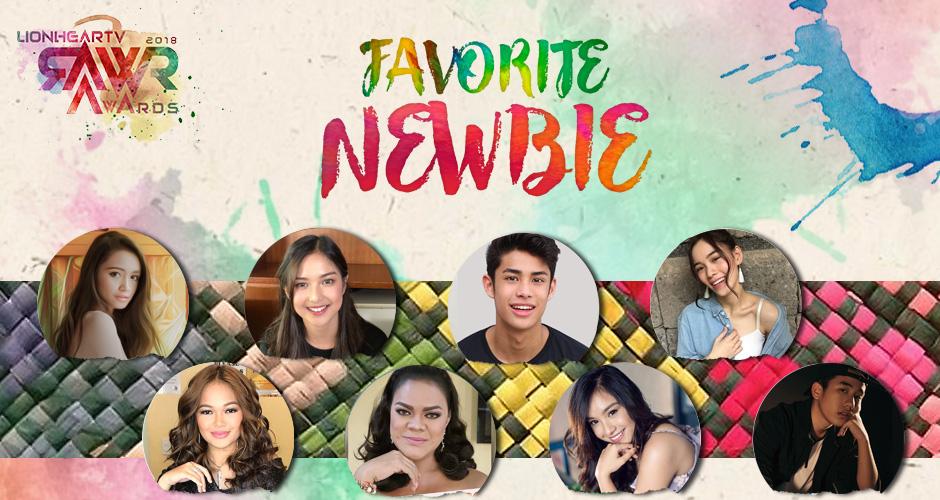 This is presented to the tandem that is most-loved by our dear LionhearTV Cubs. It is a pair that has
captivated the hearts of many. Not only do they make their fans believe in love,
but they also set a good example for their followers and to the younger generation as well.
They are two individuals that people can look up to on-and-off cam. 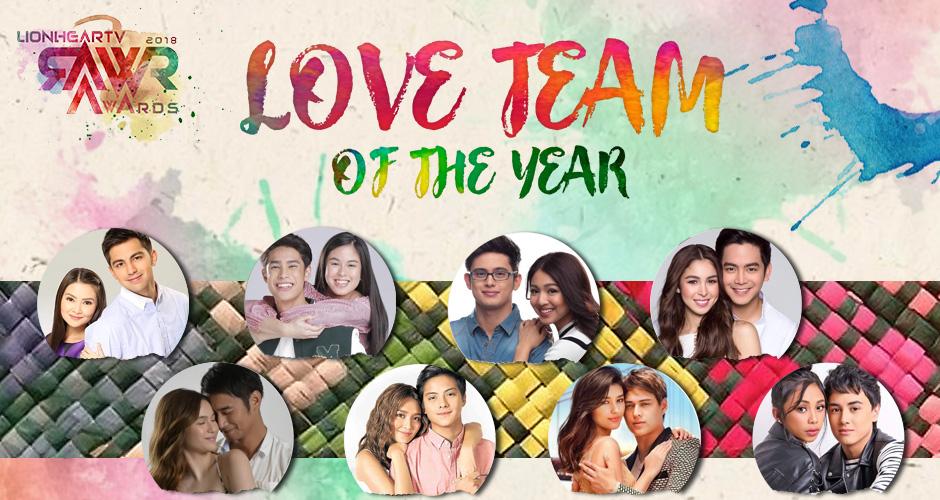 The recognition is given to an outstanding male star. He stood out from the rest of nominees for the said category.
He has shown versatility and impressive performance for his craft; set a standard.
He effectively portrayed the role or the character assigned to him and has affected a great audience, as well. 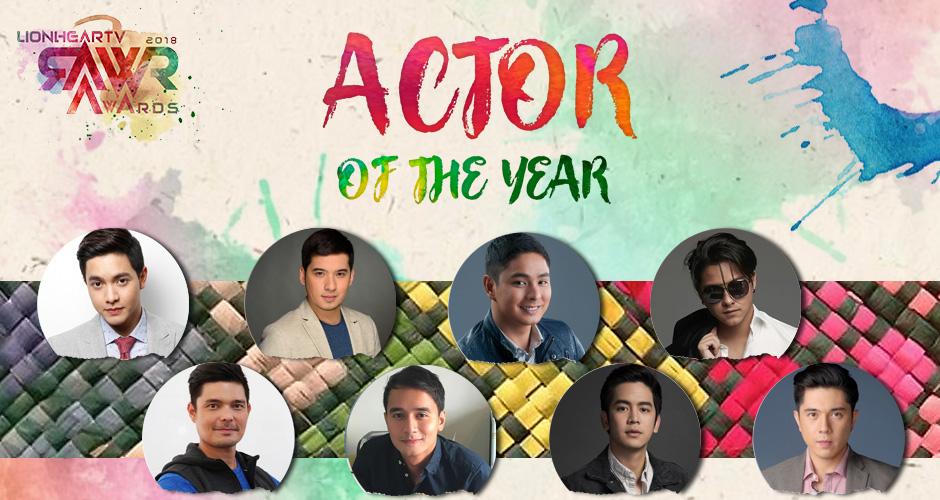 This is to salute the exceptional performance of an actress. She broke all the norms.
She is a woman of both substance and talent, her character has empowered the female populace.
The award spotlights how the female artist has debunked the double standards of Filipino on women
and has proven that women can take big roles, too. 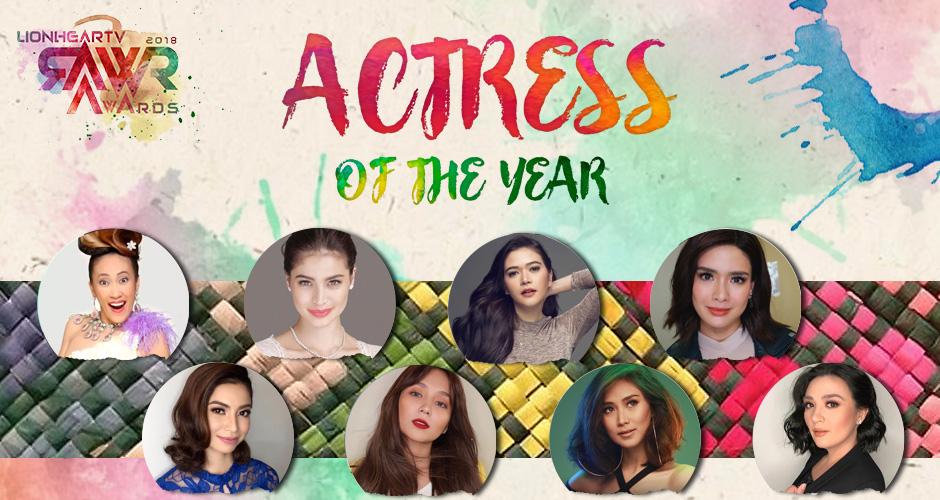 The award is for the artist who nailed both singing and dancing as well. He or she is a true ‘performer’
all-through-and-through and has owned the stage; outdone the strong competition he or she had to face.
The award signifies versatility. 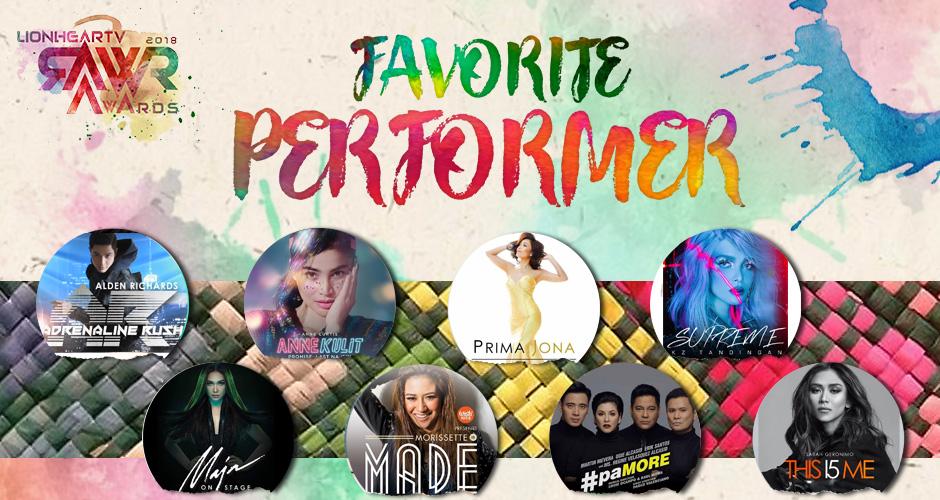 The Favorite TV Host is the face of the any show that any audience get to enjoy watching whether
on a weekday or on a weekend basis. Some might say that this is the easiest job in the industry,
but one cannot make the viewers crave for more without the gab for words and the confidence to carry a show.
With his or her charm and commendable skills, this host is truly a topnotch. 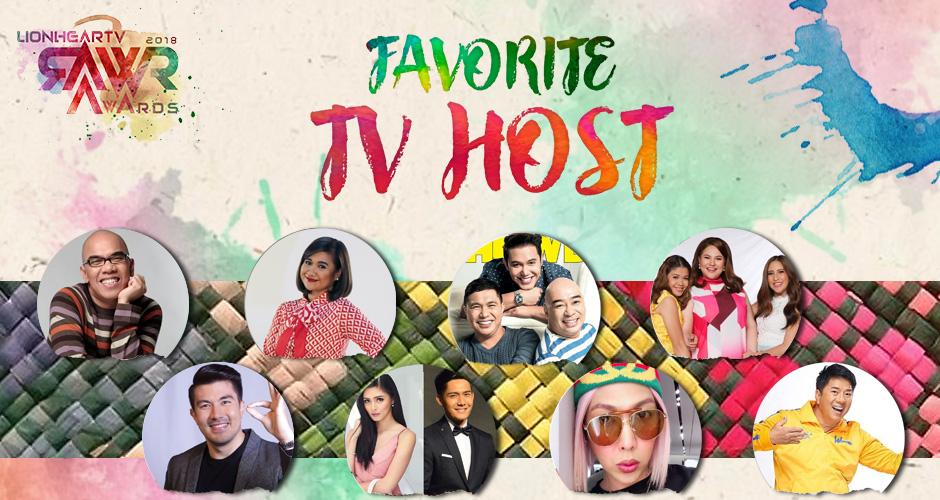 He is the person and the favorite voice on the radio waves. Despite the fact that they can only be heard,
but some radio stations have already managed to combine audio-visual altogether like broadcasting on TV
or on the Net—his or her intended audience can now see how he or she does his or her job.
But that voice does not remain a voice but it has a great responsibility to create an impact as well. 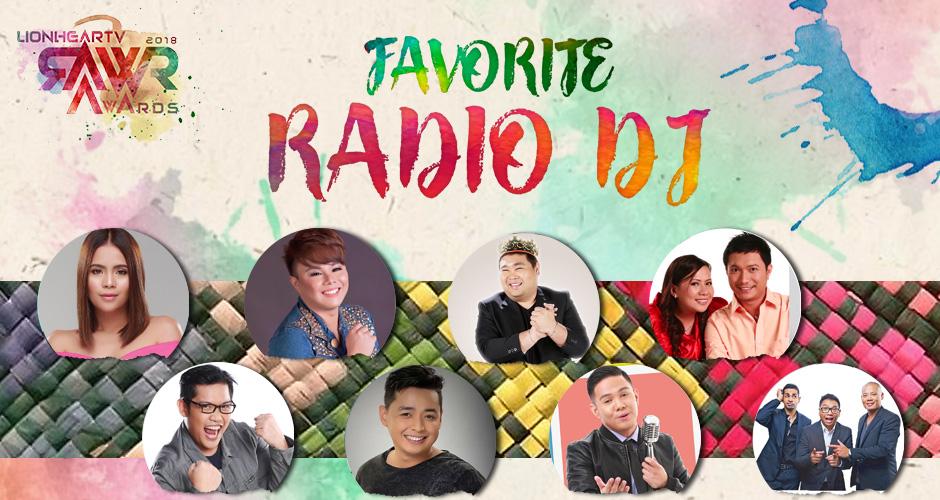 The chosen news personality female and male has done a great job in the field of journalism.
He or she has weathered through all the issues thrown at him or her.
Apart from that, he or she has showcased the passion and that brand of
dedication and determination to deliver newsworthy and noteworthy stories to the public. 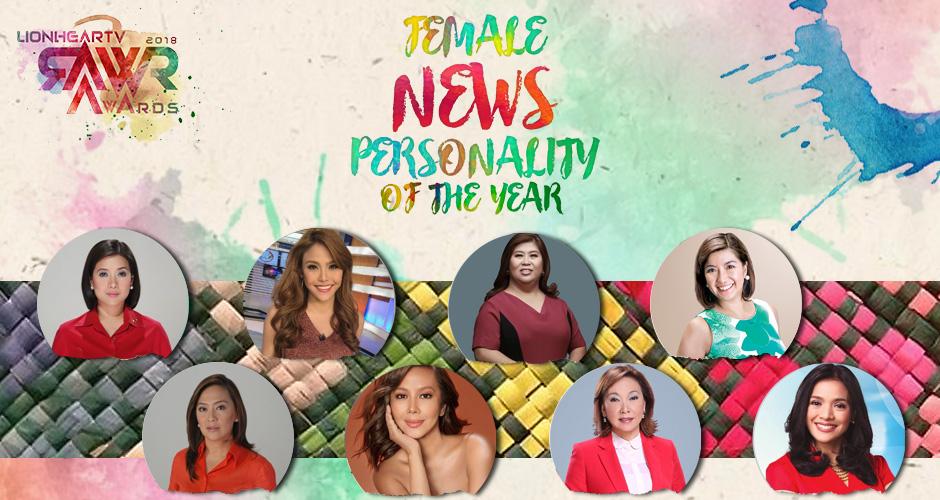 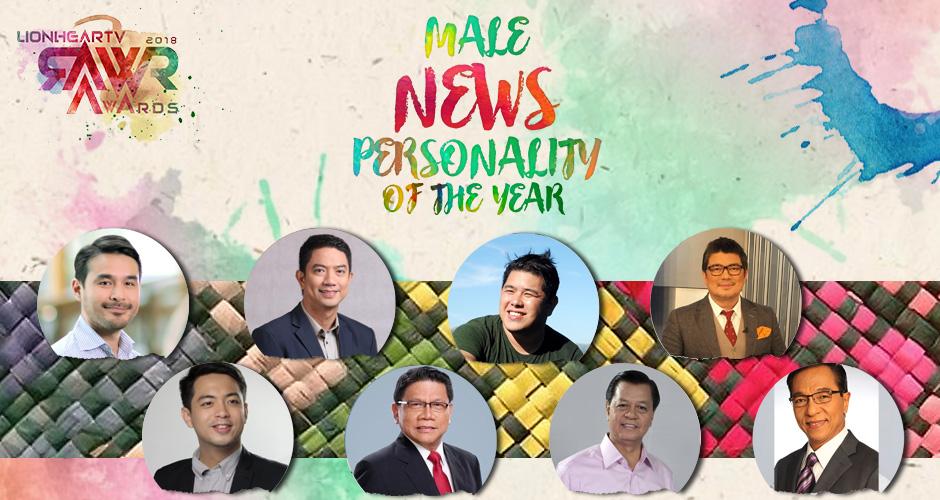 He or she mirrors the image of being the most sought-after online influencer as of today.
With the rise of digital content creators, the competition immediately became tighter;
but there’s only one who emerged and gained the trust of the Netizens. He or she plays a big role in advancing
and being a responsible online user via social media platforms. 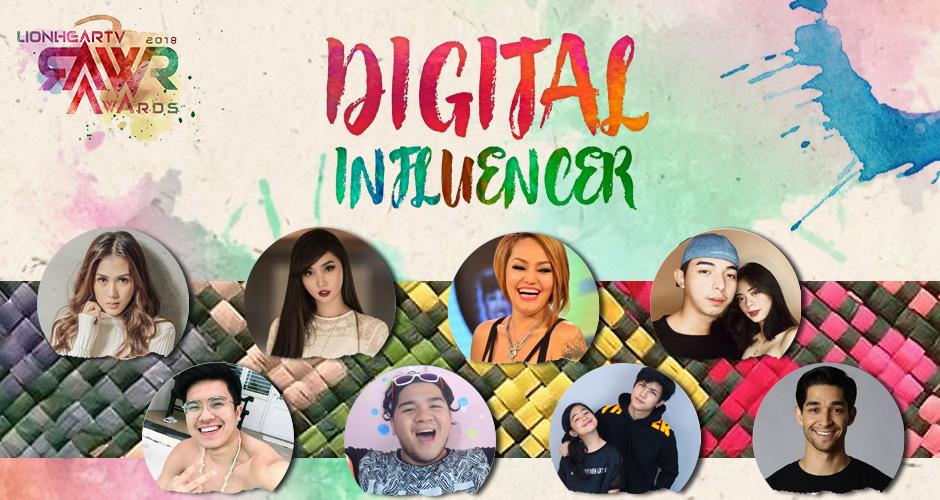 Not necessarily a newcomer, but he or she is an artist, a personality that rocked the entertainment scene
with such a sterling performance and perhaps an achievement that impressed many.
t is a matter of leaving a great impact for the Filipino audience to see what he or she can still offer, positively. 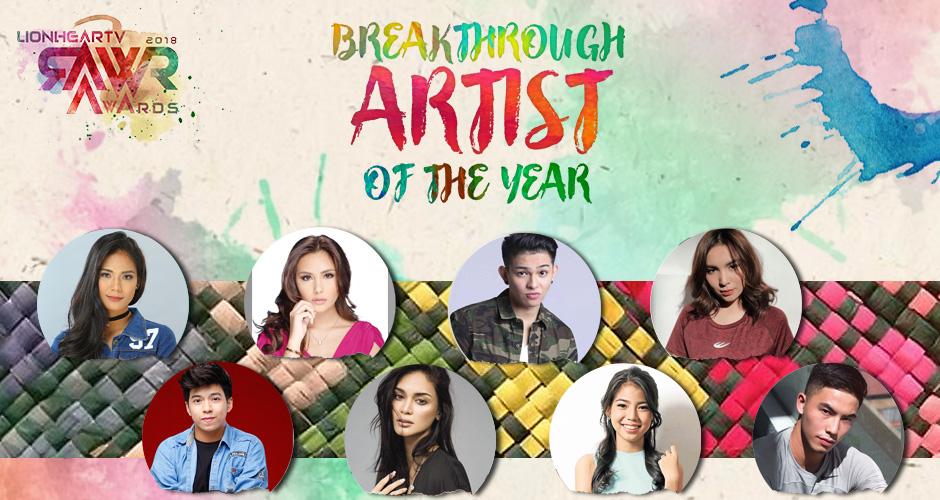 Aside from individual awards, this category recognizes the best group in the entertainment circuit has.
There may be people who shine individually, but surely there is joy to watch a group that does such feat equally. 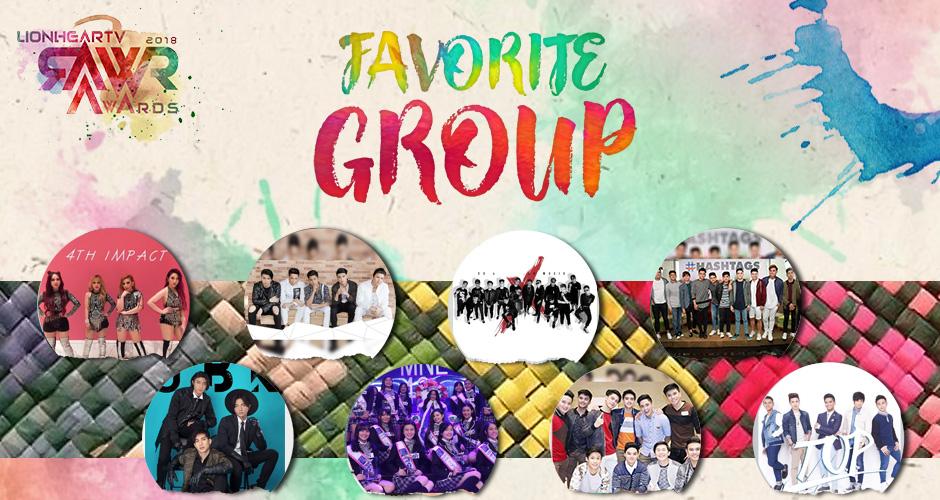 The award recognizes the celebrity whose advocacy has made a difference in the community.
That the efforts he or she has put in are not just mere publicity, but all for the good of humanity and leave
and impart the people with that sense of humility and unity to support a particular cause. 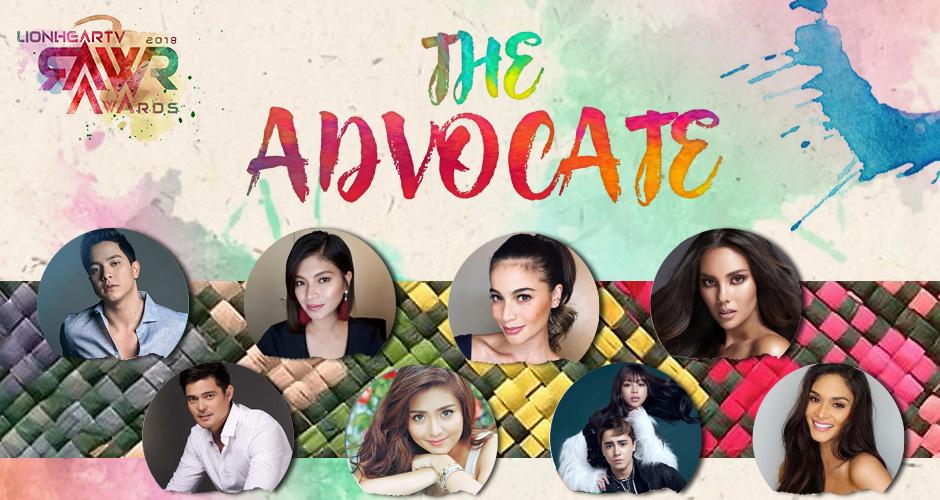 Fans are the most precious people, celebrities could have. They are the real reason why a star is born
and continue to make it big because of their support. They devote time and effort for their idols,
but only the responsible ones last. 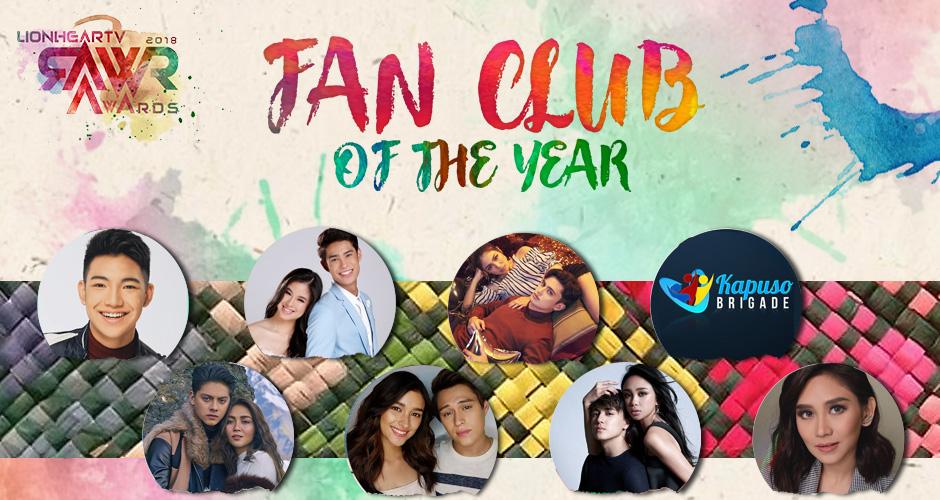 The way to success is steep, even the roads going there is rough and bumpy at times.
Competitions between stations will forever be fierce; each one trying to outwit, outdone any efforts
or initiatives for the ratings’ sake. But at the end of the day, only the one who succeeded in impressing
the public with an outstanding branding, quality of output, good public relations and even better service
do matter the most. 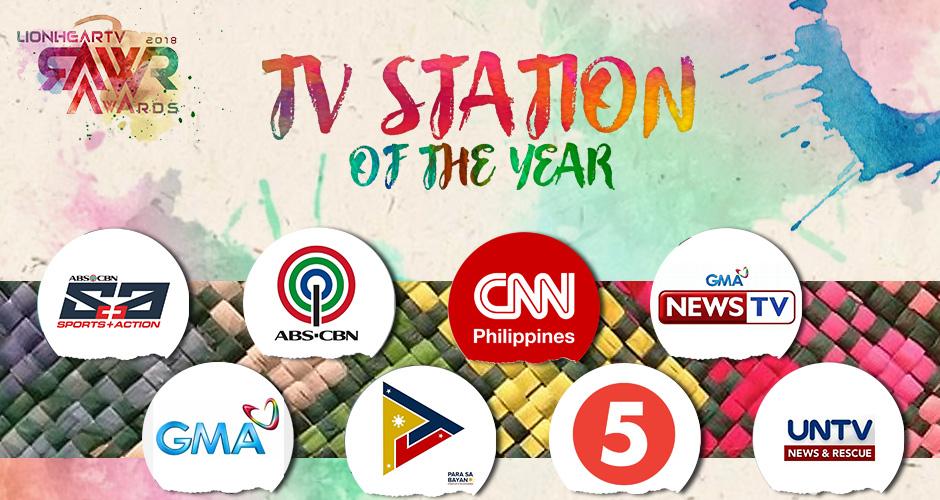 Even if the digital platform may have somehow overtaken the radio, still the industry refuses to bend
but continue to innovate and strive to put up a good fight and be updated or still stay significant over the years.
Nothing beats the spontaneity of listening to the radio. Whether inside the office or at the comfort of your own room
or even driving or even walking, radio is still and will always stay as a good companion. 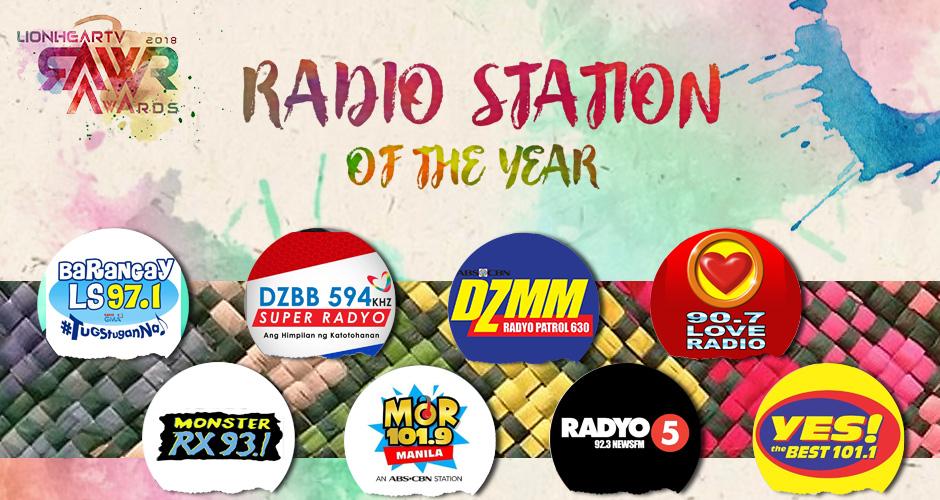 The award seeks to recognize local talents in the entertainment industry, build stronger ties with relevant
and like-minded partners, and utilize this as a venue to express LionHearTV.net’s gratitude
to everyone who supported the site since its first time to go online.

#RAWRawards2018 would not be made possible without the support of its partners
—PLDT Smart and Le Rêve as well as special thanks to the following Lalamove Philippines,
Home Credit Philippines, Brother Philippines, CAT PR, Voyager Innovations,
CID Communication, Jollibee, Mode Devi, Starbucks Philippines,
Akrotiri, Copperazo, Fuentes Manila, and DOJO PR.